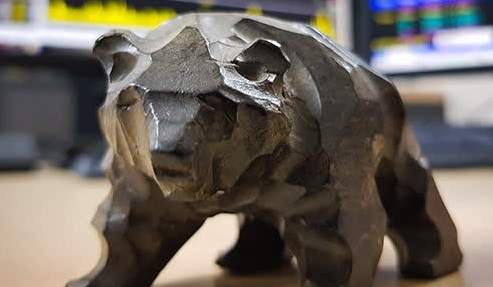 Lions and Tigers and Bears, Oh My!

To say that global financial markets and economies have been put through the ringer would be an understatement. Thoughtful insight and context are important to frame a balanced understanding of the current environment as well as what the road ahead may look like.

To understand some of the mechanics driving current events we must also have a working understanding of basic psychology and, in particular, the psychology of fear. Fear is a primal instinct that is believed to have developed evolutionarily as a means of survival. This is your “fight or flight” response. It results in a very strong biochemical process that takes place in the human body that increases heart rate, blood flow and dilates pupils and lungs. It makes us hypervigilant and prepares our bodies physiologically for increased muscle, respiratory and cardiovascular demands.

Humans no longer have to worry about being hunted by lions or tigers these days. Nevertheless, this primitive fear response is very much alive and well. Research is beginning to understand something uniquely human about fear – it is framed significantly by our ability to learn from written and spoken language.[1] Think about it. We walk by a house with an aggressive dog. If we don’t know the dog is there and it surprises us, our fear response kicks in instantly and we run away. However, if we approach the house and see a “Beware of Dog” sign, we are informed of the dog and our fear response is significantly reduced or even eliminated. Why? Humans are able to synthesize learned information in a way that allows us to give perspective to a threat which, in turn, allows us to make rational, evidence-based decisions – like crossing the street to avoid the dog – rather than reactionary, emotional decisions.

In December of 1996, in the throws of the Dot Com Bubble, then-chairman of the Federal Reserve Alan Greenspan coined the phrase “irrational exuberance” when describing the markets ability to seemingly defy gravity.[2] Similarly, the recently ended bull market was the longest in modern post-WWII history with ever-higher valuations bearing a familiar resemblance to the Ghost of Christmas Past. And just like the Dot Com Bubble, the markets fell back to earth with breathtaking speed.

Fueling these ever-rising markets was another phenomenon of human behavior, referred to as herd behavior, that represents a short circuit of our ability to synthesize learned information to frame our decision-making. Whether its social pressure to conform or the belief that a group is positioned to make better decisions collectively than a single individual, this influence often causes people to make different decisions than they otherwise would have made individually. The field of Network Theory, in fact, studies human behavior within their various networks and how quickly behaviors can spread throughout systems – coincidentally this is referred to as the contagion effect.

The recent market turmoil largely began to take root in the US in mid-February of this year. US federal authorities began to acknowledge, around Feb 20th, the severity of the COVID-19 virus. It’s high degree of contagiousness and relative lack of symptoms during its incubation period allowed the virus to spread like wildfire through dense populations. Soon thereafter, one of our greatest accomplishments as a civilization, our extraordinary ability to travel great distances in very short periods of time, became one of our biggest weaknesses.  In no time, there were cases of the virus elsewhere in Asia, Japan, Europe, Africa and North and South America.

Understandably, one of the first effects of the outbreak was the precipitous decline in air travel. In fact, China established such robust travel restrictions throughout the country, restricting road, train and air travel, that China’s demand for oil plummeted by 3 million barrels a day – fully 20% of China’s daily oil consumption.[3] This weakening demand caused an already soft oil market to fall further. West Texas Intermediate (WTI) began the year around $60 a barrel. By the first week of February, it had dropped 17% to $50 a barrel, the average break-even price for US shale oil production, according to the Dallas Federal Reserve.[4]

The OPEC+ alliance began planning for possible cuts in production to stabilize oil prices, even while US markets remained largely unaffected. OPEC+ is an alliance created between the 14 nations of OPEC led by Saudi Arabia and 10 non-OPEC oil producing countries, led by Russia. The alliance represents just under half of the global oil production capacity and was created after the 2014 collapse in oil prices with the goal of better stabilizing global oil markets during supply and demand imbalances. The alliance does not include the United States, now the largest energy producer in the world.

The Russian-led non-OPEC contingent of the alliance differed markedly from the Saudi-led OPEC membership when it came to reducing production to support oil prices. In fact, Russia, more often than not, exceeded the production restrictions they had already agreed to as part of the OPEC+ alliance. Neither Russia nor Saudi Arabia wanted to cede market share to the other. Thus, when talks broke down, Saudi Arabia opened the taps and committed to flood the markets with cheap oil at record setting volumes.[5] Also, both Saudi Arabia and Russia saw this as an opportunity, once again, to try and cripple the US shale oil industry. A similar, unsuccessful attempt was made by OPEC in 2014. Russia also saw the price war as retaliation for US imposed sanctions that halted construction of the Nord Stream 2 pipeline, set to deliver more Russian natural gas to Germany. WTI prices as of the date of this article are around $23 a barrel. With the exception of the collapse of oil prices in 1998 after a resurgence of Iraqi oil production, the last time oil prices were at these levels was 1947.

The first signs of stress in US financial markets came in the 3rd week of February as US authorities began to publicly acknowledge the severity of the COVID-19 virus. Evidence was showing not only how quickly the virus spread, but that it was particularly dangerous to older populations and those already immunocompromised due to underlying health conditions. Authorities discovered the virus attacked the respiratory system in ways that can cause lifelong damage and even death. Mortality rates of patients age 90 and over was as high as 20%. As travel restrictions began to propagate out from China and new cases of the virus were emerging around the world, US markets began preparing for a new economic reality.

US Market reactions can broadly be broken down into 3 phases. The first phase began around February 20th when the governments around the world began to publicly acknowledge the severity of the virus along with increased travel restrictions and quarantine protocols. This realization caused US markets to sell off roughly 12% over the following week before a small rebound the first week of March.

The second phase of the market decline occurred beginning March 6th when the OPEC+ alliance failed to reach a deal on oil production cuts. Not only did Russia not agree to additional production cuts, the Saudi’s reacted to Russian intransigence by increasing production first to more than 10 million barrels a day, then as high as 13 million barrels days later.[6] This, in addition to the increasing economic fallout of global alerts to quarantine and avoid public gatherings, prompted the markets to sell off another 16% through March 12th.

The third phase, which we are still experiencing, comes as the US responds to the outbreak of the virus among the states. On March 13th, President Trump declared a National Emergency and many states followed suit. Widespread outbreaks were being reported in New York, New Jersey, and California, and soon throughout the rest of the US. Grocery store shelves were being emptied of basic food items like milk, bread and potatoes and virtually any kind of cleaning or sanitizing product containing bleach or alcohol. On March 15th, the CDC announced as part of its recommendations that groups should be limited to no more than 50 people and organizations that serve those in the highest risk categories should cancel all events involving 10 or more people.[7] This lead to a cascade of nationwide closures of schools, churches, restaurants and workplaces.

It’s important to understand that the markets are comprised of many different types of participants. One remarkable trend is that the majority of trading volume on US exchanges now is not driven by humans but instead by algorithmic computerized trading. These computer “black boxes” are programed to analyze the market at the millisecond interval, make vast calculations and, if necessary, enter trades according to the program’s algorithms. By nature, these algorithms must make decisions based on mathematical calculations rather than qualitative factors that humans are able to account for. Therefore, black box trading is driven by technical analysis calculations, ratios, and certain key thresholds.

Moving through the three phases previously described, black boxes continue to trigger more selling as each technical marker or threshold is passed. Because these computers can enter millions of orders in a second, markets can quickly be overwhelmed with the volume of orders. Selling begets more selling. As a result, computerized high-frequency trading can easily exacerbate current market velocity and momentum. What’s more, computers are only as good as the humans that program them. So, what have we done? We’ve created computerized herds that, because they can enter orders to the market with such velocity, essentially “out herd” the herd. What does this mean? It means the computers take advantage of the human herd behavior and react faster than is possible for humans. They attempt to identify when the “herd” starts moving and trade faster than the other traders, causing other traders to speed up their trading decisions. Wash, rinse and repeat!

Where Do We Go From Here?

This is the fastest descent into a bear market in history, attributable largely to high-frequency short-term institutional traders rather than long-term investors.[8] Are long-term investors just slower to react, sending the market down even further? According to Schwab’s Center for Financial Research, recent history suggests this may not be the case. In fact, long-term investors were rewarded after the 2018 4th quarter correction of 15%. Seven months later, the markets had recouped their losses and patient investors were rewarded for sticking with their long-term strategies with an additional 16% in returns over the following 10 months.

According to Schwab, “markets may have further to fall, but they may not stay down for the rest of the year barring a severe global recession.” The last major bear market began in October of 2007 and didn’t bottom out for 18 months because major imbalances in the markets needed correction. Fewer of these imbalances exist in global markets today. There are also no systemic threats to the US financial system such as we saw during the 2008 Financial Crisis. In fact, as a result of reforms put in place after the Financial Crisis, banks are very well capitalized and the Federal Reserve is quickly acting to backstop any weaknesses that may develop.

Sometimes, it seems like the best advice is often the most straightforward. But that advice can easily be lost in the noise of the moment, becoming difficult to see the forest for the trees. Keep the following in mind as we move through these challenges:

The information contained herein is for general and educational purposes only. Nothing contained herein is intended to constitute legal, tax, accounting, securities, or investment advice, nor an opinion regarding the appropriateness of any investment, nor a solicitation of any type. Although information obtained from third-party sources is believed to be reliable, Triton makes no representation or warranty regarding the accuracy or completeness of such information. Any opinions or views expressed herein represent judgments of Triton as of the date of writing and are subject to change at any time without notice. Investment in any security carries the risk of loss. An investment strategy or security described herein may not be suitable for all investors and investors should consult with their investment advisor to determine the appropriate investment strategy. Past performance is not indicative of future results.